Augmented reality gives you the deets on what you're looking at 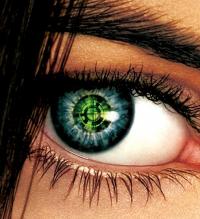 Let’s face it, reality can be dull. Luckily for us, augmented reality is quickly making day-to-day life a little more interesting. In case you haven’t heard, augmented reality is the overlaying of digital data onto real time pictures or videos. You may have already seen stargazing apps that will show you which planets and stars you’re under by pointing your phone or tablet’s camera towards the sky. Or maybe you saw the YouTube video about Word Lens, a language translator that translates whatever words you point your phone or tablet’s camera at. Excited yet? We hope so, because there are a lot more augmented reality apps and concepts out there to explore. Let’s take a look at a few of our favorites, shall we?

One of the biggest (and first) players in the augmented reality field is a mobile browser called Layar. Layar is a platform created for some Android phones and iPhone in which developers can create augmented reality apps, or layars. The range of layars that have been created so far is vast. The layars database is searchable by country and category, and includes layars with data on daily deals, available jobs, houses for sale and rent, historical landmarks.... the list goes on and on. Download it and start searching for the augmented reality layars that most interest you.

Crowdoptic is an augmented reality app that is taking the concept in an interesting direction. The idea behind this app is to show users details about events they are attending. Imagine being at an NFL game and being able to get stats on a player by using the camera on your phone. Or finding out which song a band is playing at a concert by pointing your camera at the stage. That is the goal of Crowdoptic, which is currently securing funding and making deals with venues and sports franchises to support the use of the Crowdoptic app. This app will also be integrated with online social networks so you can share what you're seeing with your friends and followers. Although not yet available for download, you can expect Crowdoptic to burst onto the scene within the next year. (Via TUAW via IBM A Smarter Planet)

Possibly the most futuristic augmented reality application being developed (and not yet available) is MVS-California’s 3D Volumetric Head Up Display for use in your car. This innovative concept uses lasers to display information about your drive onto your windshield. Directions to your destination projected into your natural field of vision keep you from glancing away from the road. Being made aware of potential driving hazards that you can’t see down the road could prevent an accident. Find out where the closest gas station or motel is and how to get there, all on your windshield.

Even though car companies have been working on this type of technology for years, a small San Francisco startup finally figured out how to prevent the data on the windshield from distracting the driver. Until now, augmented reality windshields forced the driver to adjust his or her eyes to focus on data perceived to be in the foreground, which is just as distracting as looking away from the road at a GPS system or radio. Now, with MVS-California's technology, the data is projected onto the windshield in such a way that the driver perceives it as being outside and far in front of the car. This way, the information appears in the driver’s natural field of distance vision, just like a street sign. 3D Volumetric Head Up Displays are a thing of the future, and it will be some years before they're available in consumer vehicles. But oh man, how cool does it sound? (Via Engadget via Dvice via InLand Mobile)

We believe augmented reality is here to stay and will be picking up speed in the next few years, so be on the lookout for all the ways it’s going to make real reality a lot more exciting.