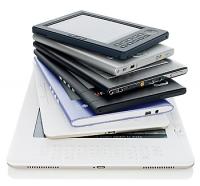 E-Readers have been around for years now, but in the past few weeks there has been a lot of buzz surrounding the direction that eReaders are taking us. As Kindles, Nooks and tablet computers become more ubiquitous, physical books are bound to become less so. Although the death of analog books may strike fear into the hearts of librarians and bibliophiles around the world, eReaders and eBooks may turn out to be the best way to get information to the masses.

If you have any doubt about how eReaders and eBooks are taking off, consider the fact that Amazon recently announced that eBooks are outselling physical books for the first time since the invention of the eReader. For every 100 paper books sold on Amazon, 105 eBooks are sold. To put it another way, over half of the books sold on Amazon are eBooks. The easiest explanation for this shift is the fact that eBooks are generally $9.99 or less. When a consumer is faced with a newly released book on sale for $30 in hardcover or $9.99 as an eBook, it’s not hard to guess which choice they’re going to make. (Read Write Web)

Perhaps the biggest news in the eReader and eBook world is 3M’s foray into a Cloud Library eBook lending service. Both Amazon and Sony have already established eBook lending libraries, but 3M is taking it to the next level by integrating with actual public libraries around the country.
They plan on outfitting libraries with their software, hardware and eBook collection which can be accessed by library patrons on their 3M eReaders, or special apps on their tablet computers. 3M also intends on installing what they call Discovery Terminal download stations in libraries, which will give library visitors another method of browsing 3M’s eBook collection. It isn’t clear when or where the service will be launched, but the Discovery Terminal and the iPad app will be on display at the American Library Association’s Annual Conference next month, which is being held here in the Big Easy! (Engadget)

If the idea of eBook lending in libraries is as exciting to you as it is to us, you’ll be pleased to know that a Digital Public Library of America is currently in a “beta sprint” phase of planning. Although still a ways in the future, a DPLA steering committee has been formed at Harvard University’s Berkman Center for Internet and Society. A call for submissions of "ideas, models, prototypes, technical tools, [and] user interfaces" has been made to geeks and librarians around the country for the beta sprint phase of planning, but the logistics of a DPLA are still under review. One of the biggest hurdles currently being faced is getting publishers on board with the idea of lending out their digital content. Of course, we already know that giving the people free but temporary access to eBooks would stymie rising piracy rates, but I guess we have to let publishers reach that conclusion on their own...(Read Write Web)

With all this excitement surrounding eReaders, eBooks and the future of reading as we know it, it’s probably a good time to go ahead and buy yourself an eReader or tablet computer if you haven’t already. Before you know it, paper books may be as retro and hard to find as vinyl records!